Today’s been a pretty good day for trailers!

First of all is The Great Gatsby. After being the release being pushed back from Christmas to this summer and a teaser trailer being released, it’s finally time for the official trailer!
Starring Leonardo DiCaprio, Carey Mulligan and Tobey Maguire, Baz Luhrmann’s adaptation of  F. Scott Fitzgerald’s novel is now set for release in May 2013.

Filled with gorgeous art deco sets, roaring 20s fashions and a brilliant soundtrack, The Great Gatsby is going to be a great watch. 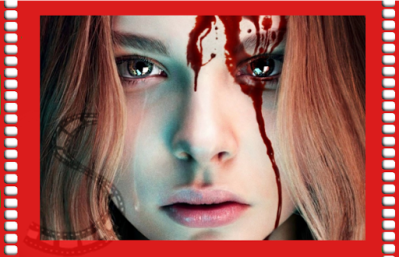 Next up is Carrie. Yes, this is a remake of the 1976 classic. But before you start complaining about all the best films being remade badly, just give this one a chance. Starring Chloe Mortez and Julianne Moore, the story is the same – a high school girl puts her telekinetic powers to the test when her peers push her too far.

The new trailer looks suitably terrifying and looks like it’s going to become the proper horror event of the year. Time to get those pillows out and watch from behind them!

And last but not least, Only God Forgives. The golden duo of Ryan Gosling and Nicolas Winding Refn have teamed up again after the success of Drive to bring us Only God Forgives. Gosling stars as a Bangkok based gangster who settles his differences with a local police lieutenant in a Thai-boxing match.

(Warning: Red Band trailer contains strong violence!)
It doesn’t look a millions miles away from Drive with it’s neo-noir, violence based story line and also doesn‘t look like on for the faint hearted!  Set to be released in May.

Which one are you most looking forward to seeing? Drop me a comment below!