After the success of Iron Man, it was only right that a sequel was going to be produced. Plus, with Nick Fury appearing in the end credit scene of the film, it wasn’t just a sign for a sequel but for further Marvel films to be made. 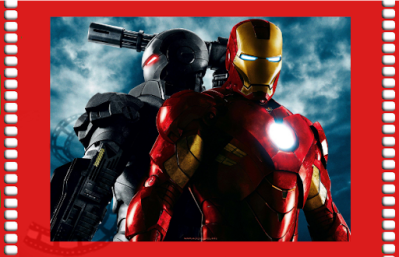 Two years after Iron Man, Iron Man 2 brought Tony Stark (Robert Downey Jr), Pepper Potts (Gwyneth Paltrow) and Agent Coulson (Clark Gregg) back onto the big screen, this time accompanied by Natasha Romanoff/Black Widow (Scarlett Johansson), and Nick Fury (Samuel L. Jackson). With Whiplash (Mickey Rourke) seeking his revenge against Stark, Iron Man is called back into action. Six months Stark has revealed his identity as Iron Man, he is resisting calls by the United States government to hand over the technology. Meanwhile Ivan Vanko (Whiplash), has developed the same technology and built weapons of his own.

Compared to the original, Iron Man 2 is lacking. It’s less of a stand alone and more of a build up for further Marvel Universe films. The Whiplash storyline almost takes a back seat to the introduction of S.H.I.E.L.D and its members. That’s not to sat it’s a bad film. It’s the standard Marvel recipe of glossy effects, witty comments and kick-ass characters that we’ve grown to love, it’s just not quite as good as the original.

Like all Marvel films, the end credit scene showed us what was next from the Marvel universe – a visit from the Norse God of Thunder himself, Thor!