Whoever said that superheroes aren’t for girls clearly hasn’t been watching any superhero movies recently.

Superhero films often get a lot of flak for not being very female friendly. This generally means that women have very limited screen time, aren’t very well developed and are usually nothing more than a love interest in a sexy costume.

The Marvel Cinematic Universe is a prime example of this with the majority of the main characters are male with Scarlett Johansson in her skin-tight black cat suit as the leading female Black Widow. Secondary female roles got to Peggy Carter in Captain America and Maria Hill in the Avengers.

If you’ve done anything film theory based, you may have heard of Laura Mulvey’s influential essay “Visual Pleasure and Narrative Cinema”. In this essay Mulvey argues that in narrative cinema women are cast as a ‘traditional exhibitionistic role’ with her body being held as a passive erotic object for the gaze of male spectators – the “male gaze”. In many Hollywood narratives, the female characters are often broken into fragments with the camera isolating elements of her body, such as breasts, face and legs, in close ups. This creates the impression that women are only valued for their beauty and sexual desirability.

Mulvey’s theory is quite evident in the Marvel series with costumes sticking to their comic book roots and revealing every curve of the female form. Add gratuitous bum and cleavage shots and it’s very clear that Black Widow and the other women are valued for their beauty before intelligence, meaning that many people claim the films are incredibly sexist.

While I wouldn’t encourage this female representation and hope that there will be some well developed female superheroes on the big screen soon, that’s not to say male dominated films don’t have anything for the girls.
So let’s flip Mulvey’s theory on its head for a moment. As superhero films are marketed as something “for the boys” there must be a reason why the girlfriends are happy to go along with them. If men go to see films with beautiful women in, the female characters are classed as being under the “male gaze”, so is there such a thing as the “female gaze”? 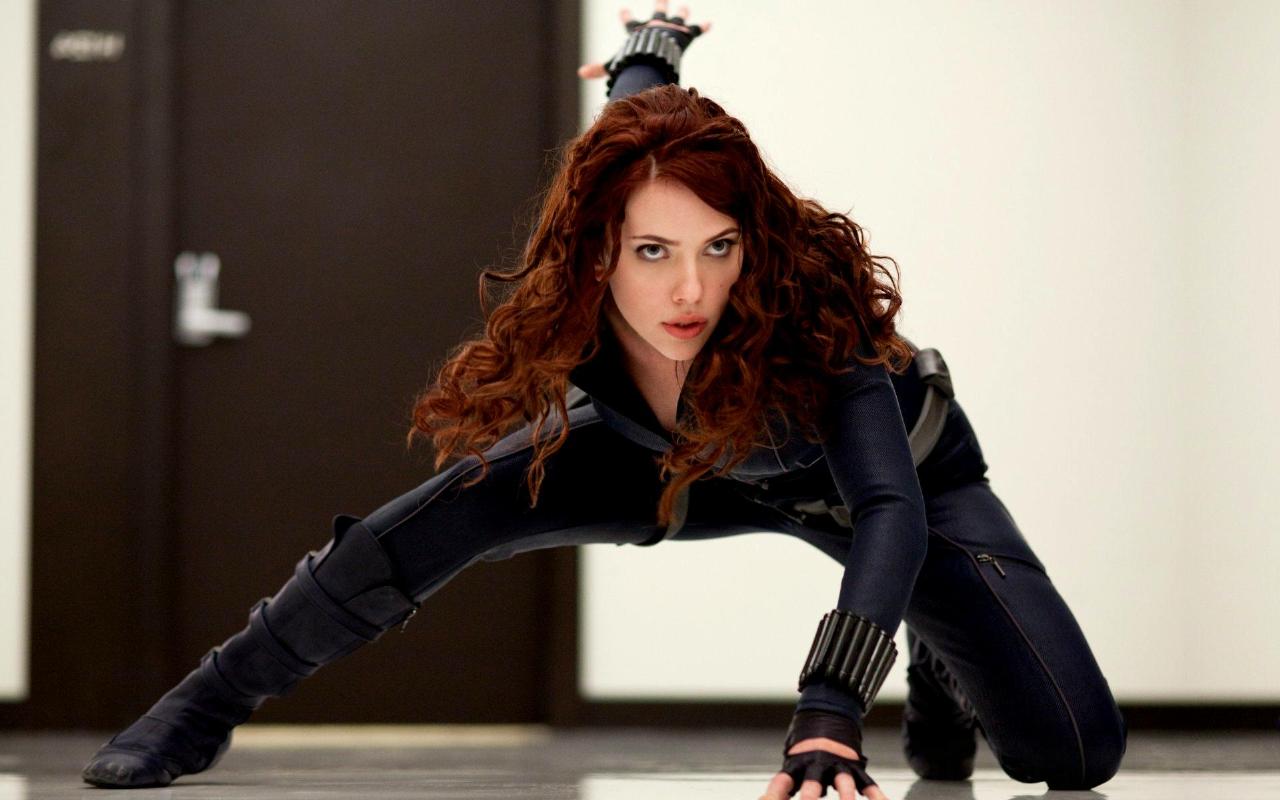 First of all, lets take a look at the actors in the series. Much like the rest of Hollywood, the actors in these films aren’t exactly bad looking so that always helps with bringing in the ladies to a male dominated film. Simply add in a few scenes where the hunky superheroes wander around with no shirt on for seemingly no reason and the actors turn into heart throbs in no time at all.

Take the two Chris’ of the Marvel universe as prime examples – Chris Evans aka Captain America and Chris Hemsworth aka Thor. Both of these characters are well known for their muscular physiques in the comic books, and this is replicated in the film franchise with the characters walking around in super-tight t-shirts, or no shirts at all. For example, there’s a scene in Thor: The Dark World where Thor is in the bathroom having a wash with no shirt on – this has no bearing on the scene before, or after, making the Thor simply there to be admired.

Captain America receives a similar treatment. In The Avengers:Age of Ultron, the American hero is seen chopping wood with Tony Stark. While Tony is wearing a fairly loose t-shirt with a checked shirt tied around his waist, Steve is wearing a shirt so tight you can see every ripple of his muscles. Also, in Captain America: Winter Soldier a number of scenes are shot in such a way that Captain America’s bum filled a third of the screen.

By taking a closer look at the Marvel Cinematic Universe, it can be used to exemplify the idea of a “female gaze”. Filled with attractive men who are often in tight and revealing costumes, or lacking costumes entirely, it can be argued that they are valued for their beauty and sexual desirability.

Next time you go to see a Marvel Cinematic Universe film, take a look around. Are the women around you really there for the storyline, or simply there to ogle some good looking men?